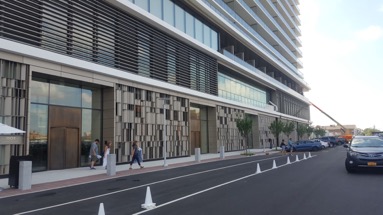 Designed by Handel Architects and Anda Andrei Design in NYC, 1101 Ocean Avenue combines luxury residences, a boutique hotel, and upscale amenities. The 17-story building was designed with a curved shape to maximize ocean views in the apartments; as such, some residences offer 180 or 270-degree Atlantic panoramas.

As part of its modern facade, the structure features a variety of metallic coated architectural metal assemblies. To exemplify the elegance of the building and its elevated nature, Metalwërks’ skilled craftsmen and developers conceived, designed, and assembled intricate and beautiful custom bar grilles. The grilles were originally intended to be produced from natural bronze but the seaside location and high maintenance needs of this material posed numerous cost and performance challenges. The Metalwërks team were subsequently contacted by the general contractor, Sordoni, to explore other high-end material options to still achieve the desired look and feel. Ultimately, it was desicded that the grilles would be crafted from solid aluminum plates and extrusions with a metallic “Light Bronze” PVDF system intended to mimic natural bronze.

Metalwërks performed design, structural evaluations, produced the custom extruded fins, jambs and mullion fabrication and assembly. The grilles were designed as a series of 12” deep boxes mounted into a structural mullion that spanned in a single span vertically +/- 18’0” from the street to L3 floor level. The mullions, boxes and randomly spaced and oriented vertical blades create an attractive light shading pattern which is visible to pedestrians but also from inside the buildings’ North Lobby.

Final installation of the grills occurred in the summer of 2019. Marc Arot was the project manager and Steve Kruppa was the project engineer responsible for designing the assemblies and creating production drawings for the Metalwërks fabrication team. 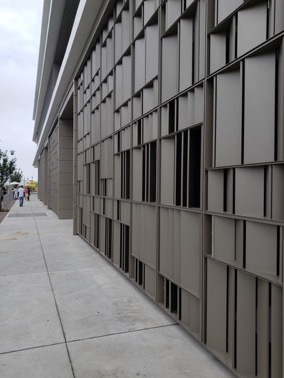 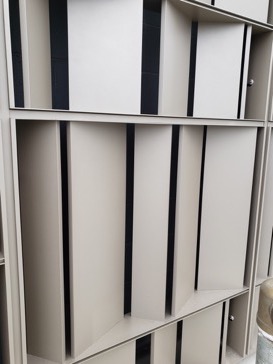 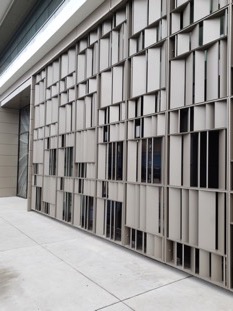 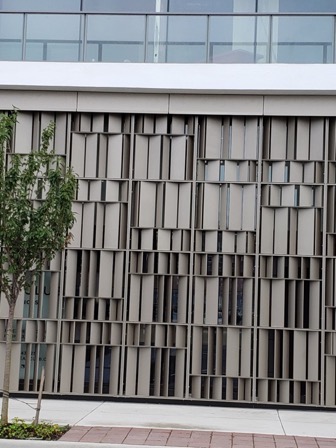 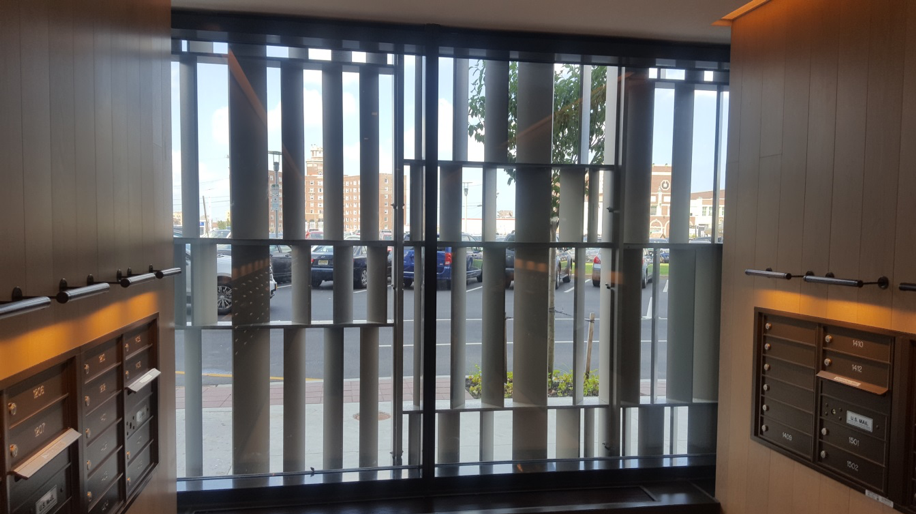