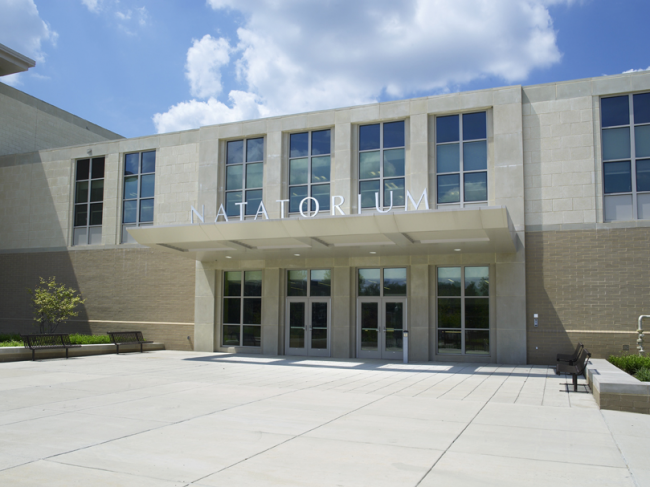 HD Woodson High School first opened in 1973 and occupied an eight-story concrete tower built upon a raised outdoor plaza. After more than 30 years of use, the school progressed into an advanced state of disrepair. As a result, the original facility was demolished and a new building and associated site improvements were planned. Along with academic and administrative spaces, facilities within the new building include a full proscenium theater seating 1,000, a natatorium, and two gyms. The site includes a football field with surrounding track, viewing stands, associated locker, concession and ticketing buildings, tennis courts, a softball field, practice areas, and parking.

Metalwërks® designed and manufactured telescoping Metalwërks column cladding and a projecting canopy structure which had integrated sunshade panels made up of a solid aluminum frame and unitized airfoil blades. Other projecting canopies were also clad with Metalwërks aluminum panel systems. Metalwërks worked with Cox, Grae and Spaeck in the design stage. 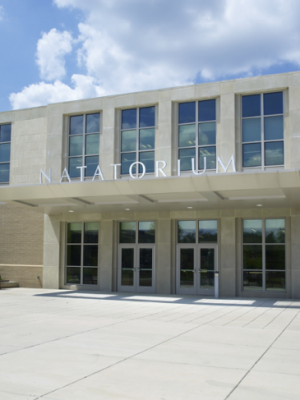 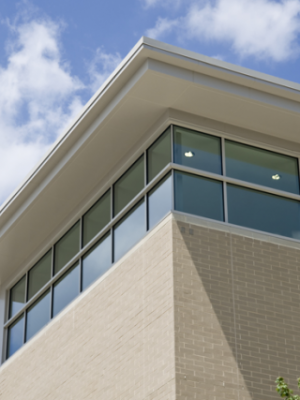 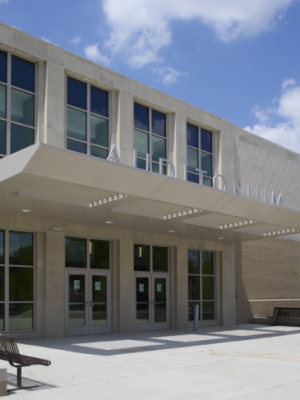 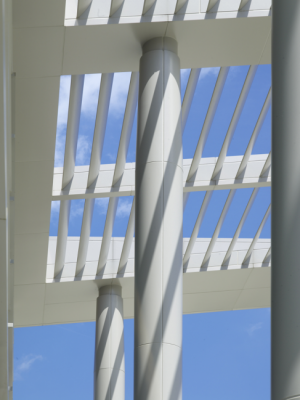 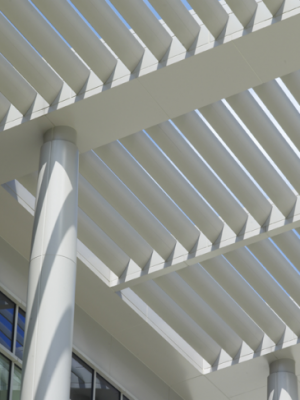 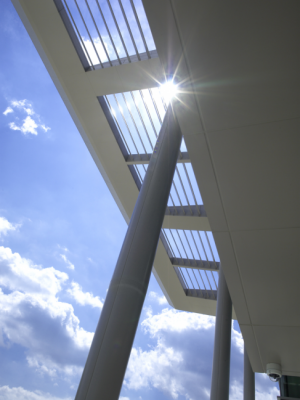 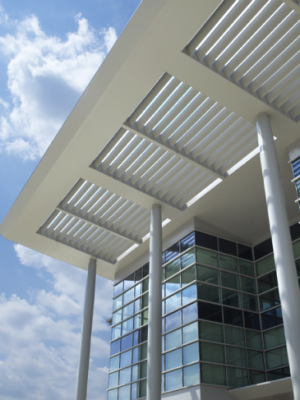 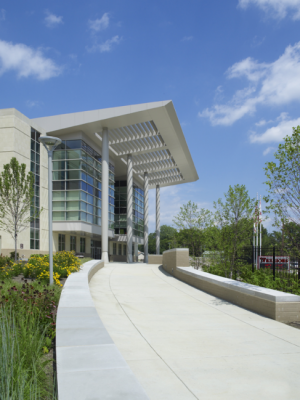 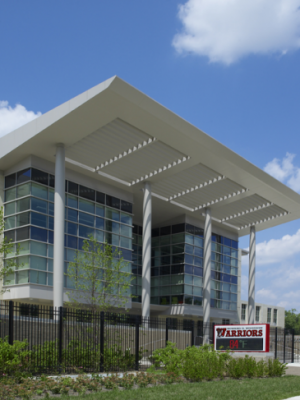