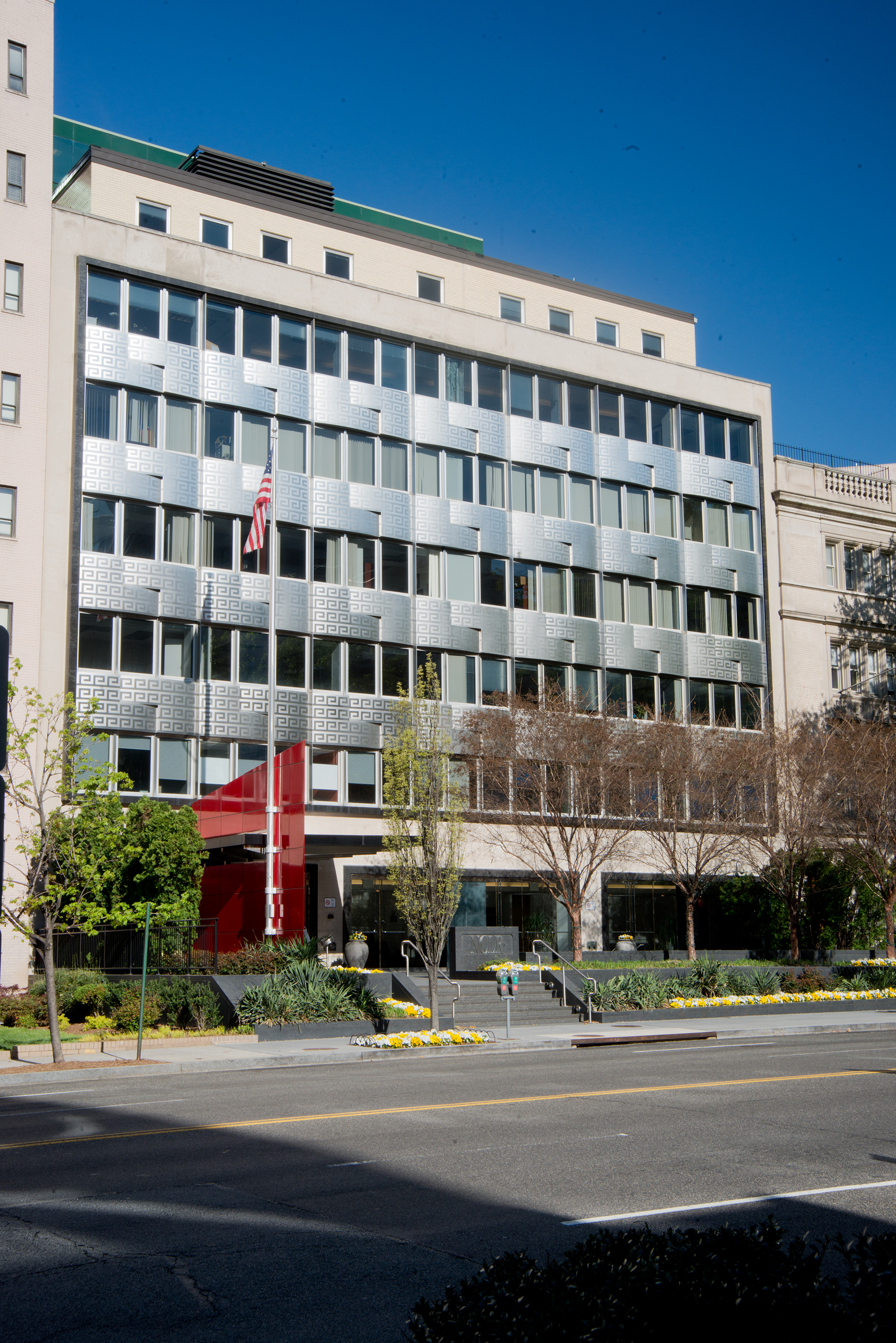 Located just north of K St. in NW Washington D.C., La Raza is the largest national Hispanic civil rights and advocacy organization in the U.S. This 1960’s era original building was badly in need of a facade replacement to update its appearance and extend the life of the building. Urban legend shared during the redevelopment of this building was that the upper floors were used by the CIA during the cold war to covertly monitor activities within the old Soviet embassy across the street. It now serves as improved space for this important organization.

Metalwërks® worked with the design architect to create a custom scalloped Sculpted™ 3D façade assembly which could cover the old spandrel areas between the strip windows at slab edge conditions. That design assistance including building alternative mockups: one in contrasting painted aluminum finishes and the other in CNC etched and polished stainless steel. Ultimately, the etched stainless steel design won the owner’s approval. Triangular shaped vertical fins formed from stainless steel plate were used to break up the horizontal spandrel runs. The new assemblies needed to be self-supporting so they were unitized or pre-assembled at our facilities to make for efficient erection, ventilated, and have an interesting overlapping/linked design. The hollow surfaces of the links were also designed to receive internal lighting; however, those fixtures were omitted to save initial cost. LaRaza selected an etching pattern for the stainless steel Sculpted 3D assemblies to be reminiscent of ancient Mayan symbolism as the signature logo for their new façade. 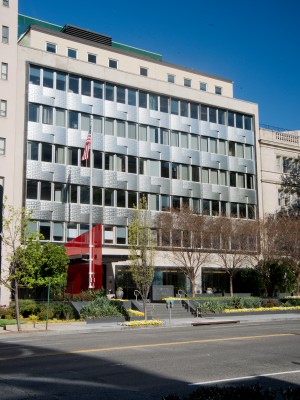 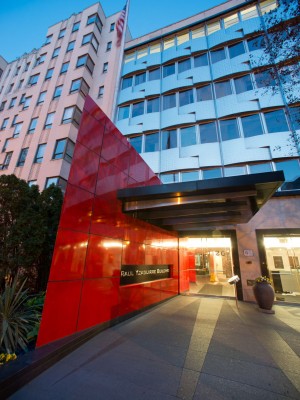 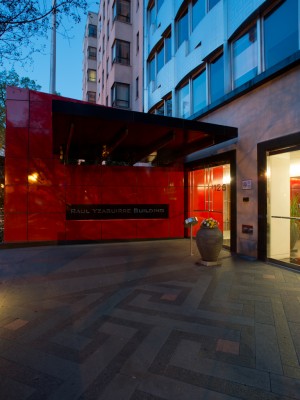 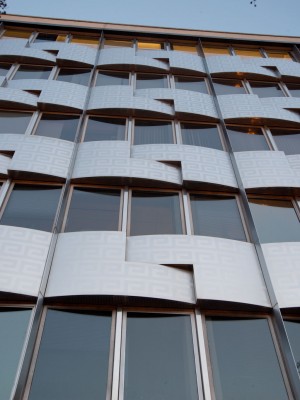 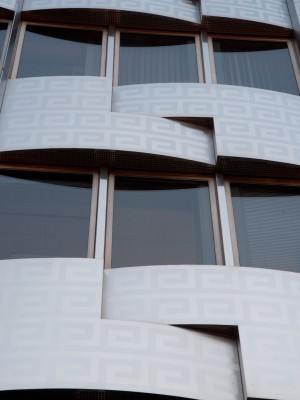 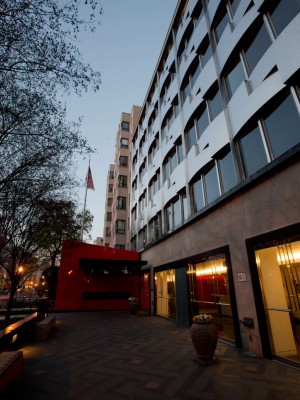 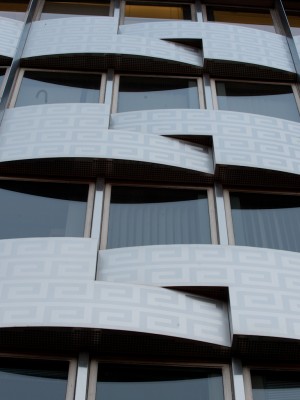 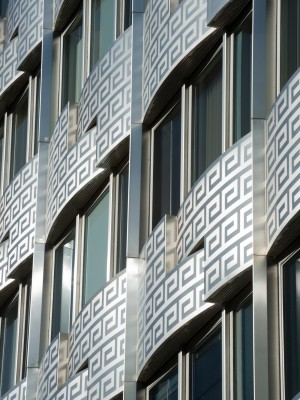