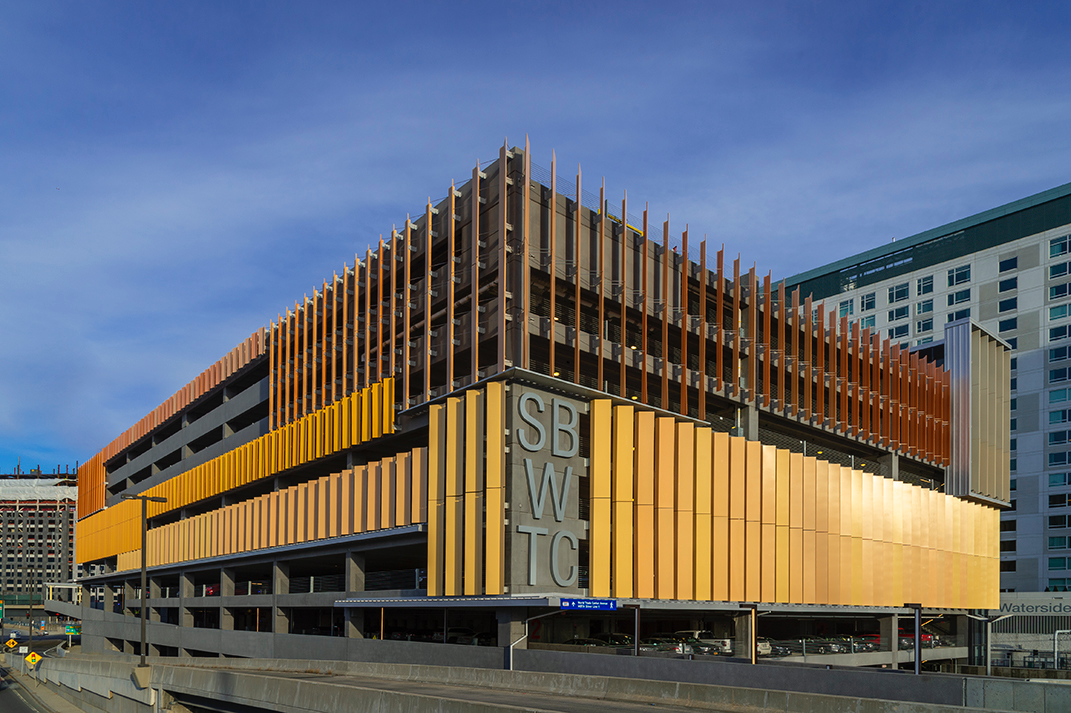 Metalwërks was asked to participate on this $75 million Design-Assist project, helmed by the Massachusetts Port Authority.  Early during the Design-Assist phase, Metalwërks received conceptual drawings of the building façade and throughout the process,  Metalwërks worked tirelessly with the entire façade team, architect Fennick McCredie, Skanska, and the installer, Sunrise Erectors Inc, to develop the means and methods to turn this design into a reality. Daily web meetings were held during the process to discuss and share details and the functionality of the design.

The facade was ultimately designed using solid 3/16” thick, aluminum, vertically-oriented fins that extend 4’ off of the face of the pre-cast structure. There are five fin profiles, each with a different angle in relation to the pre-cast. Because of the desired profiles for the fins, the individual parts had to be fabricated, painted, and then assembled into individual units up 20’ long. The fins were then supported using custom-designed, extruded aluminum brackets. All of the brackets were painted the same gray shade as the precast to create the appearance that the fins were floating in space. In order to support the fins to against the windloads, strategically placed stainless steel rods were used to connect the fins back to the precast.

In total, there were 11 custom colors that were chosen for the project, and each color was developed specifically for this project using a mica finish with a clear coat for extra protection against the salt air. Metalwerks covered 42,700 square feet of the exterior building façade with 643 pre-assembled fins. Over 150,000 lbs of solid 3/16” aluminum was used to fabricate the screenwall. 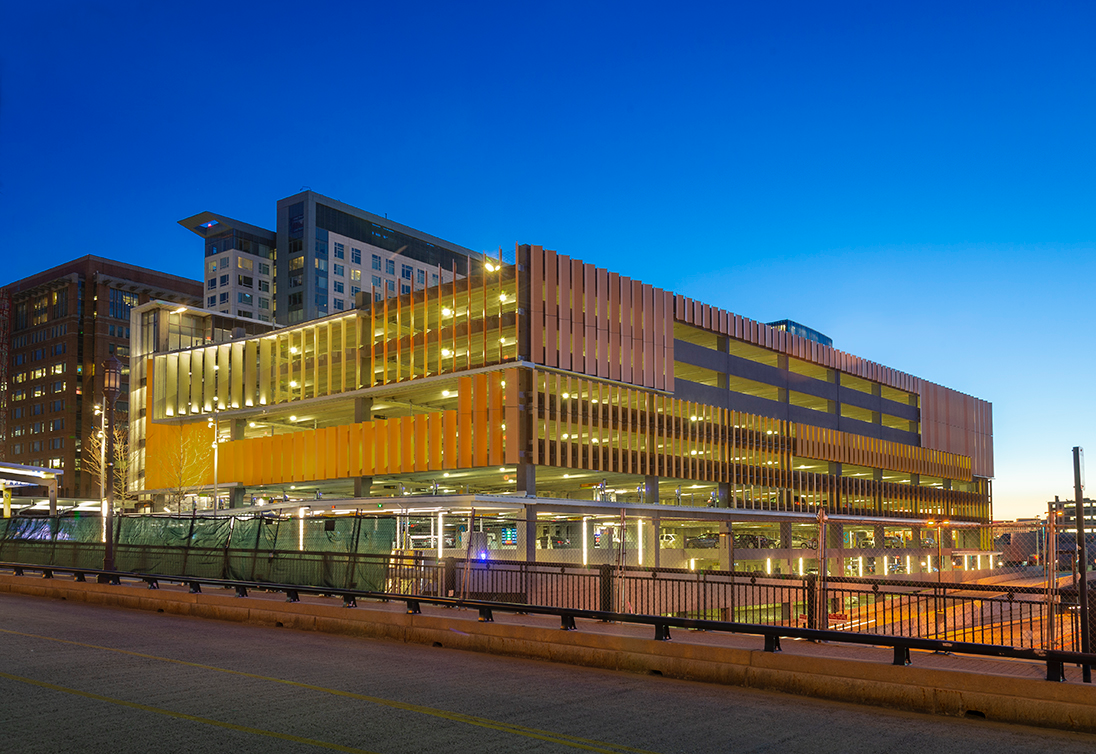 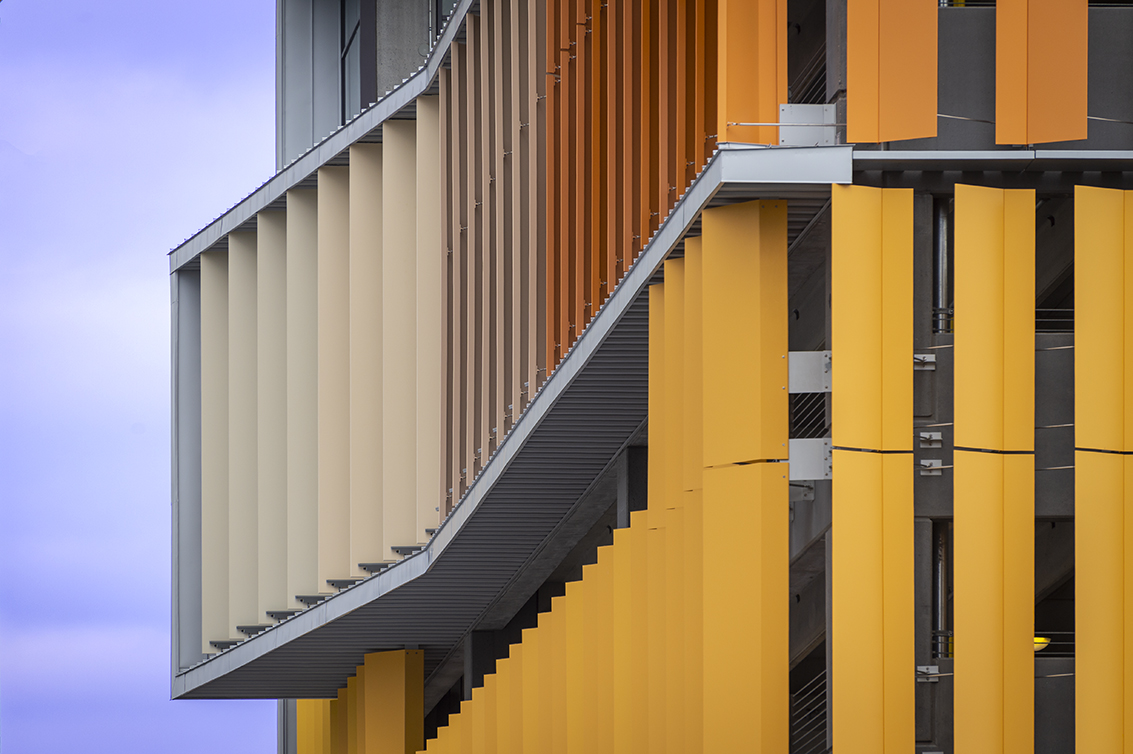 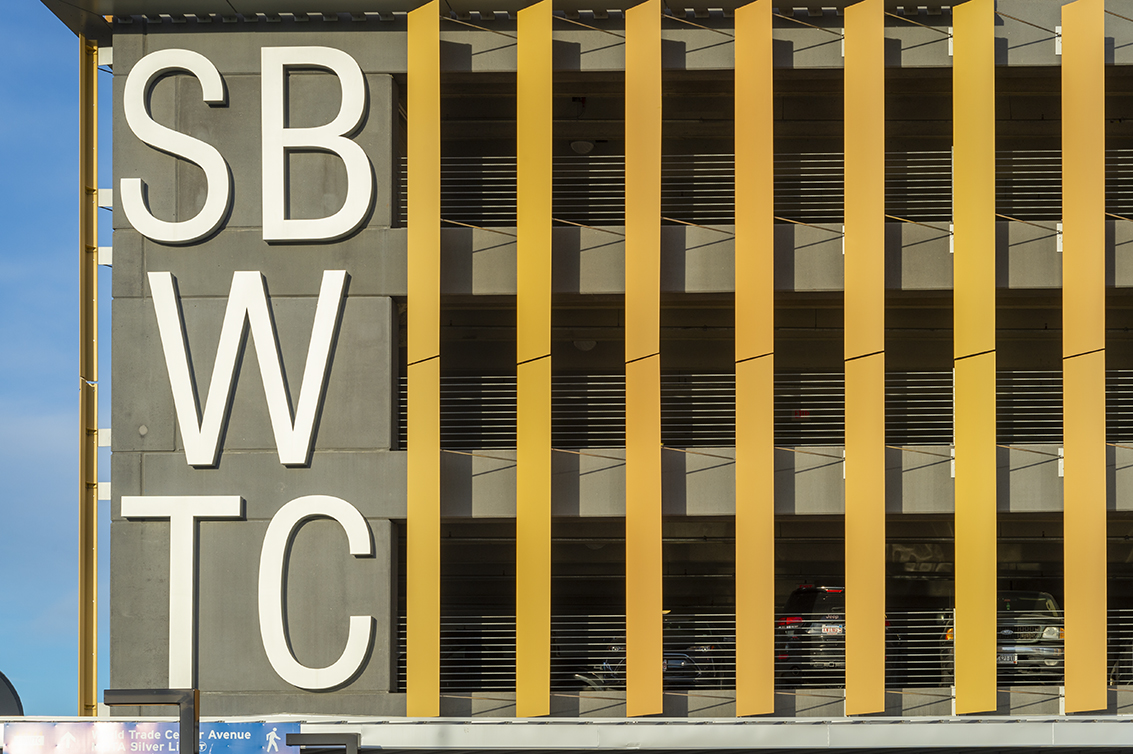 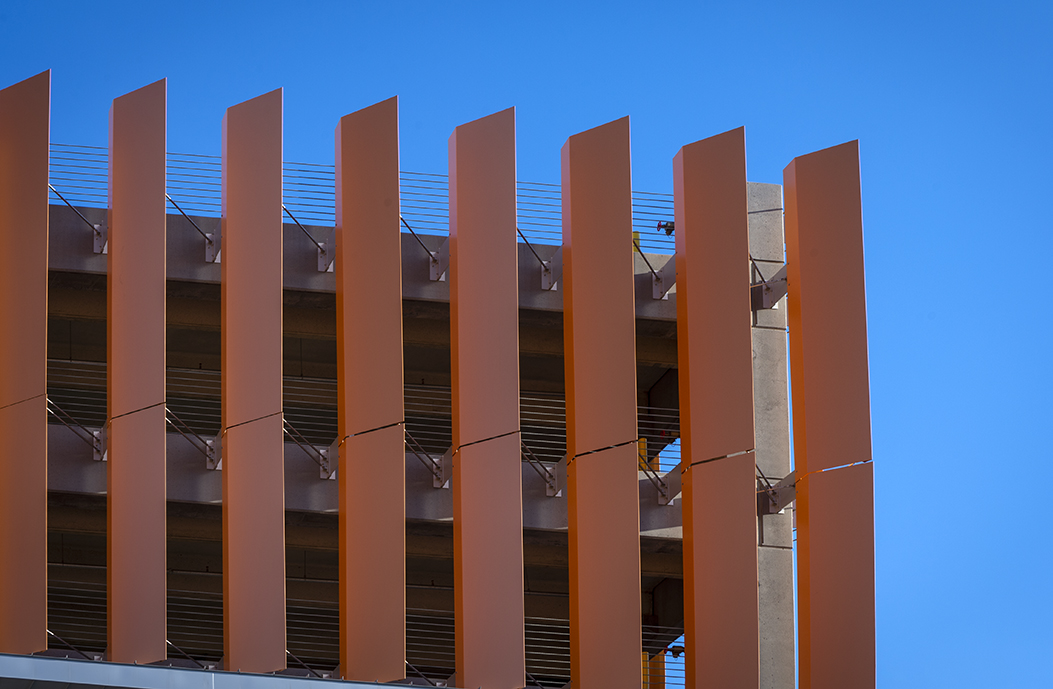 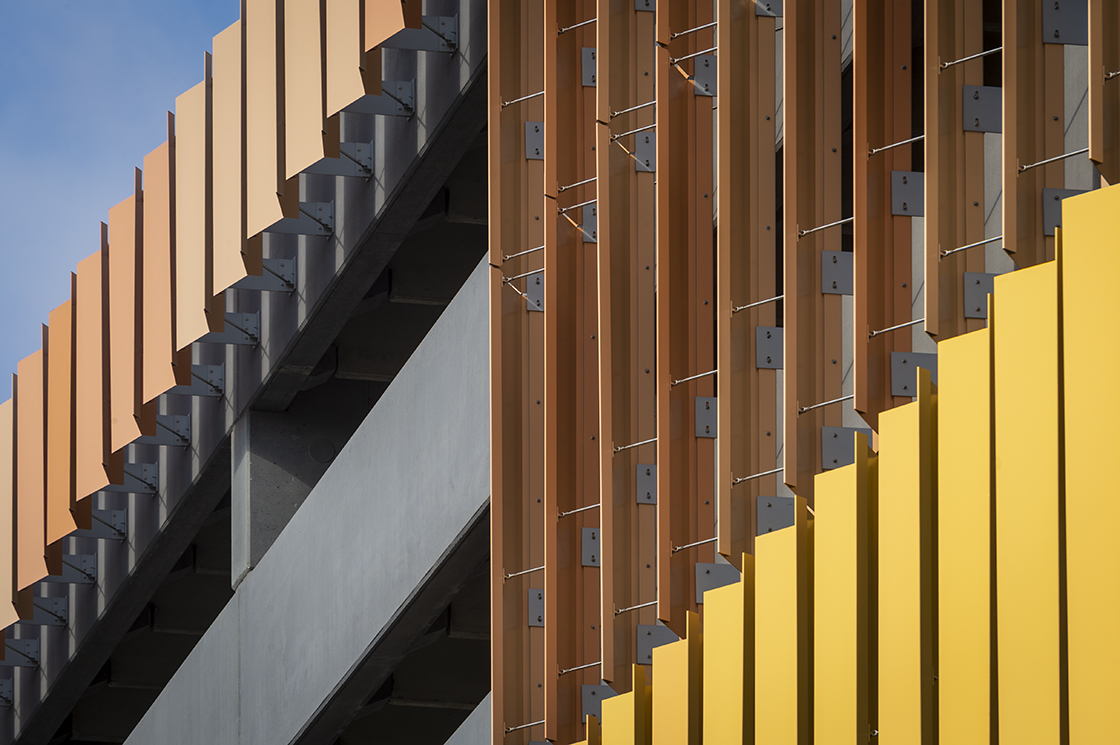 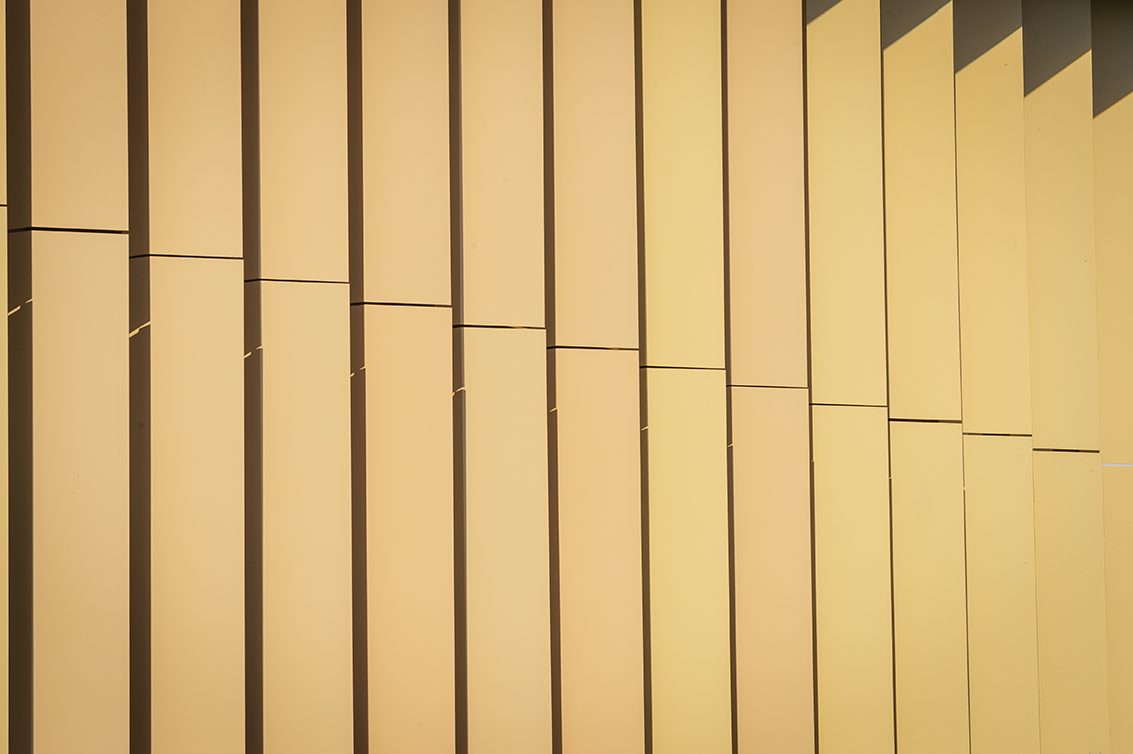 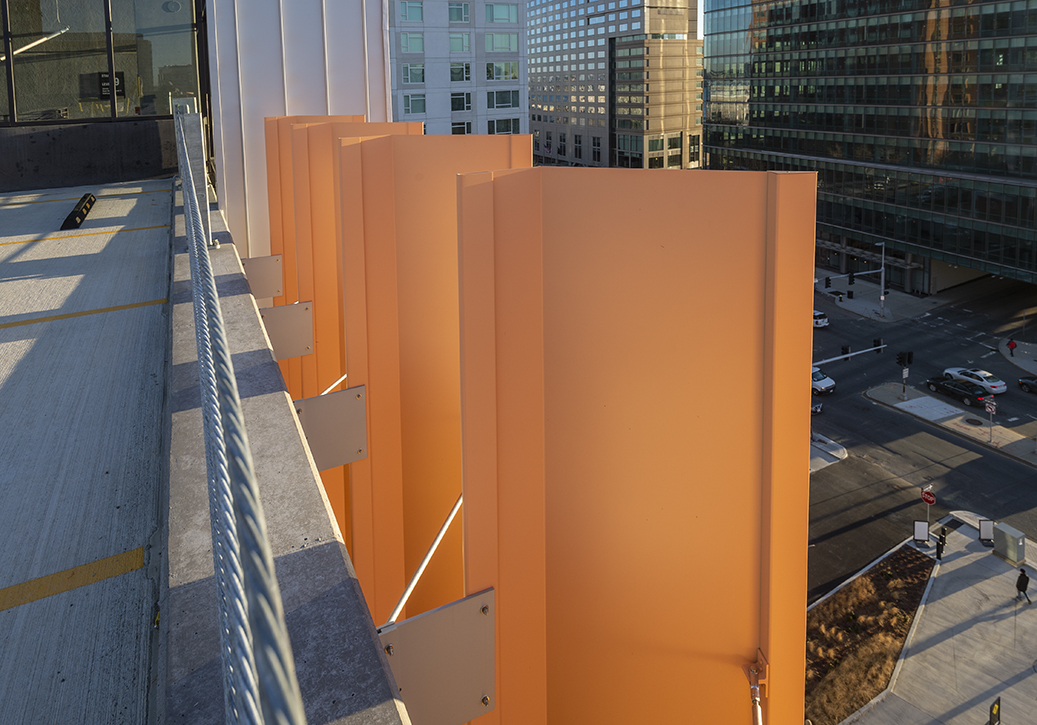 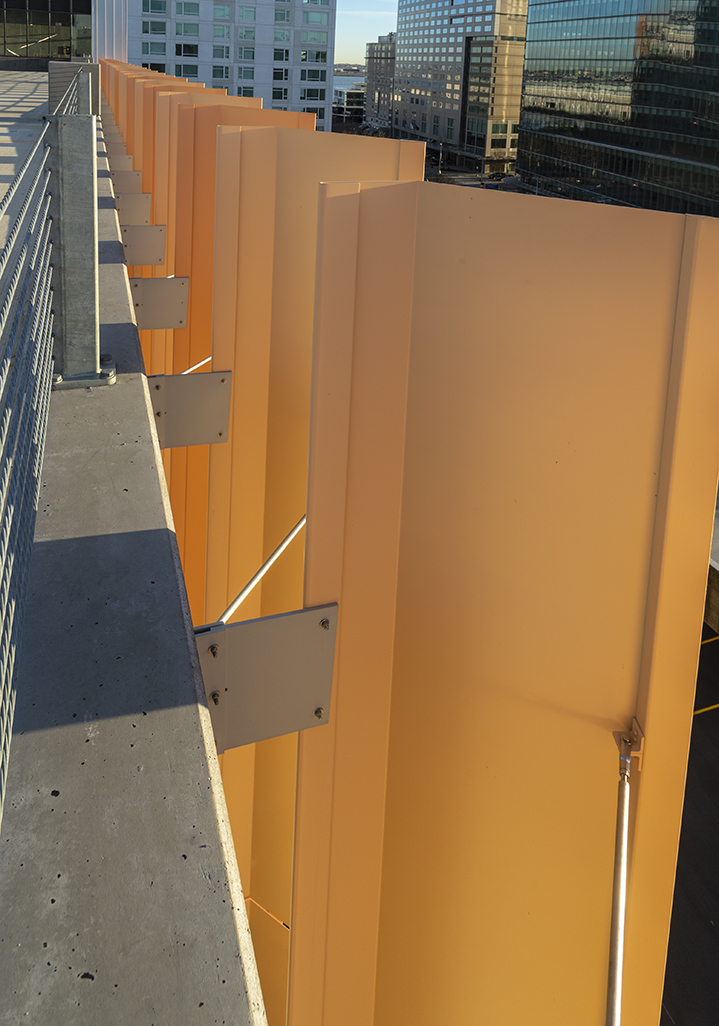 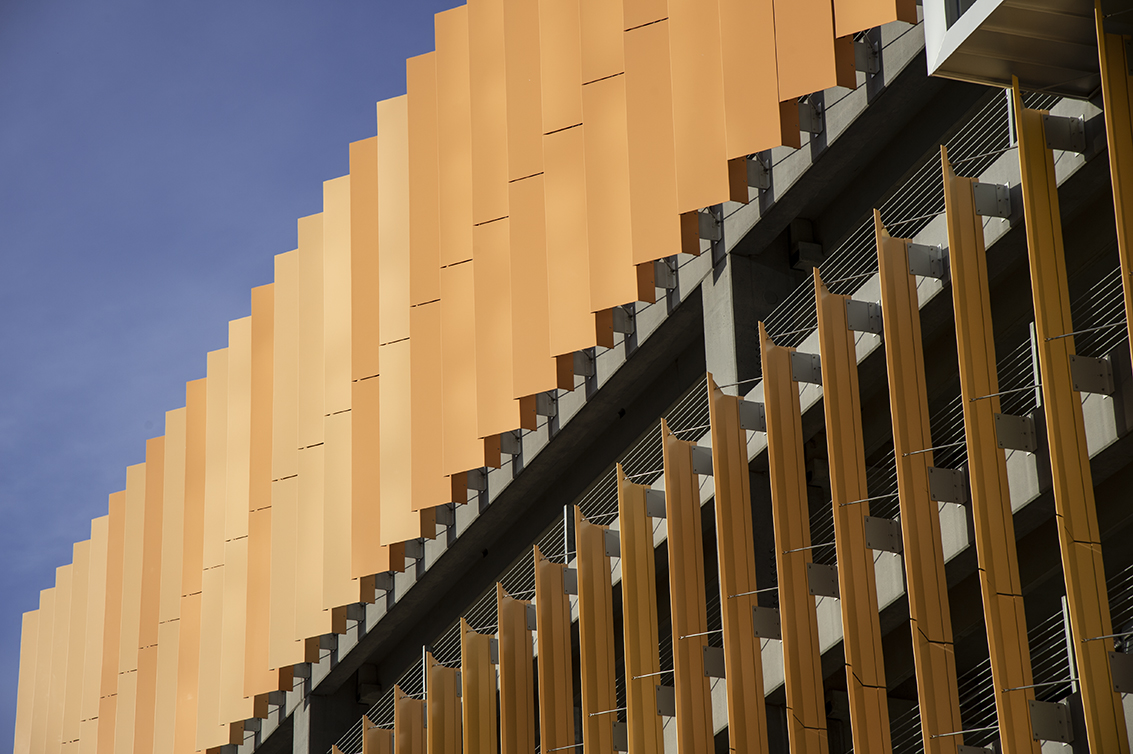